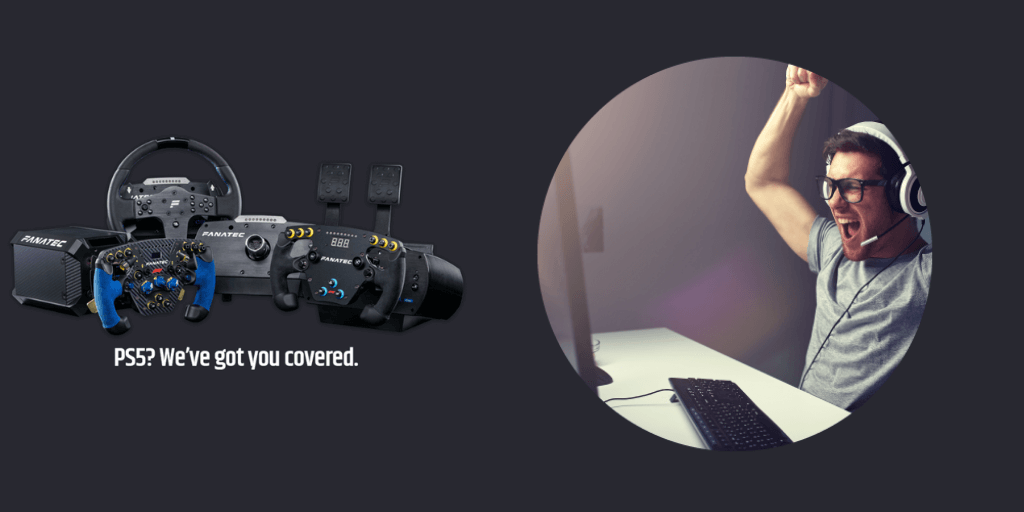 It’s finally here!, Fanatec announces PS5 Compatibility for their products which are officially PS4 licensed will also be compatible with the next-Gen PlayStation 5 Console. The announcement was made in a forum thread confirming that all wheel bases ,racing wheels and every attached accessory which are officially PS4 licensed will be compatible to the new PS5 as well.

This is big news, They knew all sim racing community were waiting for this. They can be sure that continuing using their valuable equipments for a very long time is guaranteed.

They also announce that Microsoft already made a similar announcement so all current console products in their portfolio are future proof. We think on this Fanatec is referring to the upcoming new Xbox Series X.

Last but not least, they announce further contact with Polyphony so it is very likely that their wheels will be fully supported by GT7 from day 1 too.

All this is the result to the officially licensed peripherals announcement made by Sony, on how existing PlayStation 4 peripherals are compatible with the next-gen system

But as regards us, this is great news for all Fanatec Fanatics who bought Fanatec’s PS4 gear recently or are planning to buy a Fanatec Playstation 4 compatible product. They can be sure that their purchases are secure and welcome for the next coming future of gaming.

It looks like we’ll find out the price of the PS5 on Wednesday 16, (September), the preorders are opening up on September 22nd.

We are crazy and we love Sim-racing, Nice combination, isn't?